Conditions are reaching breaking point on Manus Island. This morning, Monday 24 June, two incidents of self-harm within hours have set the scene for another day of the Manus mental health crisis.

One refugee who has swallowed a nail clipper, around 6.30am has been taken to the local hospital, although guards initially refused to transport him there because the hospital is overcrowded. A few hours later, an asylum seeker who has been refusing food for several days, has slashed his head.

Yesterday, Sunday 23 June, there were another five incidents of self-harm in Manus and Port Moresby, including two on Manus Island.

The night before that (Friday 21 June), Ravi, the 31 year-old Indian asylum seeker who set fire to himself and his room, along with two other Manus refugees were transferred from Manus to the intensive care unit of Pacific International Hospital in Port Moresby.

The number of self-harm and attempted suicides in Manus and Port Moresby grows by the day.  There are around 14 people being held in the Shamrock Compound on Manus Island following suicide attempts or self-harm incidents. (Attached is a photograph of one of the self-harm casualties being transported from Hillside camp on Saturday 22 June.)

But, the reported self-harm incidents are only the tip of the iceberg as many others exhibiting the symptoms of ‘resignation syndrome’ are refusing food and water, and  do not com out of their rooms, as they withdraw from social contact of any sort.

“Manus is reaching a new crisis point,” said Ian Rintoul, spokesperson for the Refugee Action Coalition, “ The suicide attempts and constant level of self-harm is creating an intolerable situation for the refugees themselves who are left to struggle to deal with the daily toll inside the compounds on Manus.

The tensions in the refugee compounds across Manus are reaching breaking point as the refugee population struggles to cope.

“Every one of fears that we are reaching breaking point. It’s like that in every compound,” one of the Manus refugees told the Refugee Action Coalition.

“Rather than ramping up the political rhetoric, in his effort to curry support to repeal the Medevac bill, Peter Dutton should be getting people who need medical help off Manus Island and Nauru. While Dutton peddles more myths about refugees declining resettlement in the US, he is wilfully ignoring those who need urgent help,” said Ian Rintoul. 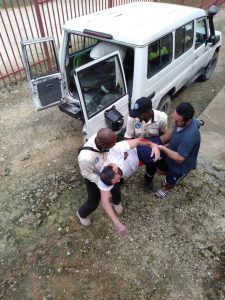 It is understood that the asylum seeker has suffered burns to his face and hands and has been taken to the POH clinic at the East Lorengau compound.

His attempted self-immolation is the latest of a growing number of self-harm and suicide attempts on Manus Island. There are now over 95 such incidents involving over 62 asylum seekers and refugees.

“While the Home Affairs minister spends his time arguing to repeal the Medevac Bill, the situation on Manus spins out of control,” said Ian Rintoul, spokesperson for the Refugee Action Coalition. “Rather than point the finger at ‘advocate doctors’, he should be getting those who need help off Manus and Nauru. While the Minister spends his time politicking, and spreading more lies about women and others who need urgent medical help, the shocking toll of offshore detention grows worse day by day.

“Dutton has admitted the US deal will fall far short of providing enough resettlement places for those being held on Manus and Nauru. It has always been up to Australia to provide protection for those who sought protection in 2013. Now they need to bring them all here.” 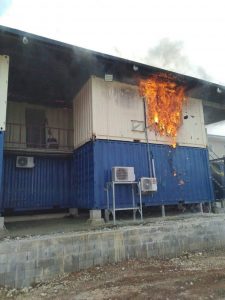 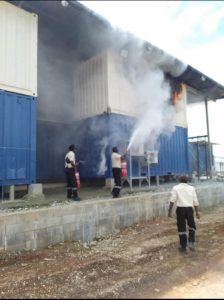 “Two Serco employees received interim intervention orders at the Broadmeadows Magistrates Court against Ali Yousuf an Iraqi refugee detained indefinitely in MITA detention centre on 01/03/2019. Several months later one of them, who is part of Serco’s Emergency Response Team (ERT), strip searched Ali as he went to celebrate the end of Eid on June 4.” said Chris Breen for the Refugee Action Collective

“Ali complained to the Broadmeadows Magistrates Court, and as a result of a hearing today, he now has an interim intervention order against the ERT guard. The order prevents the guard going from within 5m of Ali – which rules the guard out from many areas, including control rooms that have cameras that can observe Ali.”

“According to Ali, the judge questioned Serco employees detention related use of intervention orders, as this type of order was originally designed to deal with domestic violence. Both Serco employees have been ordered to appear at the court in person at a mediation hearing on 26/09/19.”

Breen continued “Shortly after the court decision Ali says that Australian Border Force (ABF) told him he would be moved to another detention centre, something he has requested all along. Ali is requesting to go to Perth to be near his sick mother. ABF must not play games and move him anywhere other than Perth.”

“Separately police also interviewed Ali at MITA on June 4 about an old Facebook post, which Ali says they soon realised was not posted by himself. Ali says that while there police refused to take a statement from him about the alleged assault by Serco ERT guards that broke his hand.”

“The Refugee Action Collective calls for a full, impartial and open investigation into Serco and ABF abuse of detainees in detention, including the alleged assault of Ali which broke his hand.“

“Ali should be set free as the Federal Court ordered on December 8, 2017” concluded Breen

For further comment or to be put in touch with Ali directly, call Chris Breen from the Refugee Action Collective on 0403 013 183