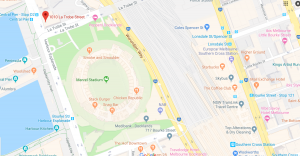 Join RAC at Border Force in Docklands on the day House of Representatives resumes, calling for parliament to support Andrew Wilkie’s bill to immediately bring children and families off Nauru to Australia.

Prime Minister Scott Morrison has so far refused to give a timeline to get all children and their families off Nauru, but the pressure is increasing day by day.

The government has rejected Labor’s concessions over New Zealand. But with a reconfigured parliament, Labor can now make a real difference and get behind the bill. On November 26th, with Kerryn Phelps in the House of Representatives and three Liberal MPs openly calling for the kids to come off, Labor could help end the crisis by backing Andrew Wilkie’s Nauru bill (co-sponsored by the Greens) and voting to bring the children and their families to Australia.