A petition signed by 368 Manus asylum seekers and refugees has been handed to the office of the Chief Justice of the PNG Supreme Court, and to Justice Alan David, who was one of the presiding judges of the Manus Island case.

The case was heard in April, this year, but six months later, the applicants are still waiting on the judgement that significantly determine the freedom, compensation for the breach of their human rights and resettlement in safe countries of over 700 individuals held unlawfully on Manus Island.

Photos of the delegation of Manus refugees and asylum seekers at the Supreme court, the front page of the petition itself, are attached. 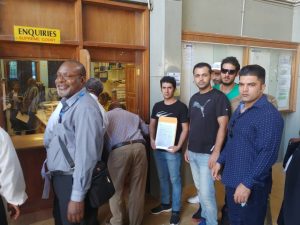 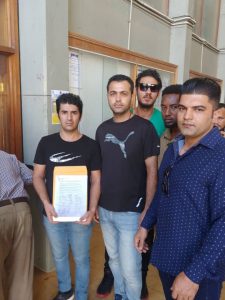