“Prime Minister Scott Morrison claims the Coalition government has got children out of detention on the mainland and is ‘quietly’ getting children off Nauru. This is a lie. Not only has the Morrison government spent hundreds of thousands of dollars on lawyers to fight children on Nauru coming to Australia, but many of those children brought to Australia by the courts are being held in detention here and not going to school” said Chris Breen for the Refugee Action Collective

Long standing refugee advocate Pamela Curr says  “There are now 19 children from Nauru held in detention at the Melbourne Immigration Transit Accommodation (MITA) centre in Broadmeadows. They are held in 10 units at the MITA compound section called the BRP- Broadmeadows Residential Precinct. The children and their parents are living in small units under guard.

There are 4 babies in MITA including twins in a family of 7. They were separated until last week with pregnant Mum here and father and children left behind in Nauru.

Life in the compound is very difficult for children as little to do. They are  only allowed outside the door of the unit with a parent and officer.

School is absolutely necessary for the children to survive as at moment no talk of movement to community is being offered.”

Pamela Curr concluded “These children and their parents are coming out of Nauru hell after 5 years should not be punished further by being put into appalling conditions in Australia. Some children are in hospitals and the families are then split with one parent at hospital and one in camp with other children and only allowed to visit when Serco and ABF decide. The hypocrisy of a government which has just sanctimoniously apologised to the survivors of previous child abuse could not be more stark”

Chris Breen concluded “There remain around 45 children on Nauru, Morrison could ‘quietly’ get them off today, but refuses to provide a timeline to do so. If Opposition Leader Bill Shorten called to bring the children to Australia, and would back Andrew Wilkie’s private members bill do that it would raise the pressure on Morrison, and have a real chance of passing with support of dissident Coalition MPs. What harms children also harms adults, ending the plight of the children on Nauru must be the first step to permanently closing the camps and bringing all the refugees and asylum seekers here.” 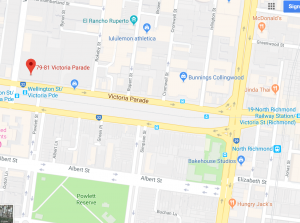 Rally at Jetstar Corporate Office calling on Qantas and all airlines not to deport Huyen, Priya, Nades or any asylum seekers to danger.

We need to keep up the pressure to prevent the deportation of Huyen, Priya, Nades and family.

Peter Dutton has the power to disallow people who come by boat making asylum claims. Dutton refuses to ‘lift the bar’ to allow Huyen to make a claim for asylum. The outcome of her recent case to challenge this was negative.

Priya, Nades and their Australia born children Kopica and Tharunicaa remain in detention in Melbourne, after living and working in Biloela for four years

There are currently no legal barriers to the deportation of Hyuen, or Priya, Nades and their children.

Dutton can intervene in hours to bend visa rules for the au pairs connected to his mates and Coalition donors. But he won’t allow a single act of compassion for Huyen, or Priya and Nades.

This rally has been called to keep up public pressure for airlines to refuse to do Dutton’s dirty work.

Nine women who are finalists for Qantas awarda have spoken out against Qantas participation in forced deportations
https://www.theguardian.com/australia-news/2018/oct/17/qantas-women-of-influence-protest-against-airlines-role-in-forced-deportations?CMP=Share_iOSApp_Other

Commercial airlines have flown countless asylum seekers to danger. In the US United, American, and Frontier have told Trump they won’t fly separated children of immigrants and asylum seekers other than to return them to their parents. In the UK Virgin won’t fly deportations of the Windrush generation. In Germany Lufthansa pilots have refused on hundreds of occasions to fly asylum seekers to danger. It’s time for Qantas to step up and stop aiding the Australian government commit human rights abuses.

Join us to demand that Qantas refuse to take part in these, or any other future deportations.

Sign the online petition to call on Qantas and other airlines not to let Dutton use their aircraft, pilots or crew to force them to danger:
https://www.change.org/p/qantas-fly-these-queensland-born-sisters-home-to-biloela-not-to-danger

The PNG Supreme Court has dismissed the case of Behrouz Boochani and 730 other Manus detainees for the constitutional enforcement of their rights.

The Supreme Court ruled that the case was essentially a compensation case for the breach of their human rights prior to the Supreme Court orders in 2016 that the Lombrum detention centre be closed.

As a compensation case, the Supreme Court ruled that the case should have been pursued in the National Court.

But far from being free, the refugees on Manus are still detained – subject to a curfew between 6.00pm and 6.00am, and unable to leave Manus Island.

“It is a disappointing and convenient ruling, that avoids making any legal assessment of the remedy, beyond money, for the human rights breaches involved in them being held unlawfully on Manus Island,” said Ian Rintoul, spokesperson for the Refugee Action Coalition, “It resolves exactly nothing. It maintains the myth that the refugees were freed in 2016.

“The judgement says they were “relocated” in 2016, but they were relocated to other detention areas.

“The responsibility for their on-going detention and lack of medical care lies with the Australian government. The medical crisis that has engulfed Nauru, is every bit as bad on Manus, although there have only been two cases so far where the Australian federal court has ordered the government to bring sick refugees to Australia asylum seekers

“We will consider initiating proceedings in the PNG National Court. The PNG government is still holding asylum seekers and violating their human rights at the behest of the Australian government.

“There will only be justice, when the Australian government brings all the asylum seekers and refugees from Manus to Australia.”