Where: 305 William St, Melbourne (next to Flagstaff Gardens/Flagstaff Station)

Join RAC outside the Federal Circuit Court hearing to demand that Huyen is allowed to stay in the community.
Huyen is facing the Federal Circuit Court to argue that she should be allowed to make a statutory claim for asylum. The court could overturn the initial non-statutory decision that means the minister has not “invited” Huyen to access the statutory refugee assessment process.
But Peter Dutton does not need a court decision to stop the deportation of Huyen- all it took to help his friends’ au pairs with visas was a text message. He could do the same for Huyen, and prevent indefinite separation from her baby Isabella, and her husband Paul, and a dangerous return to anti-Catholic persecution in Vietnam for Huyen. 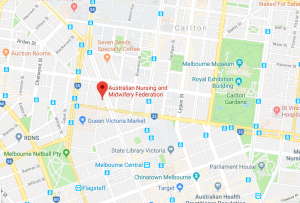 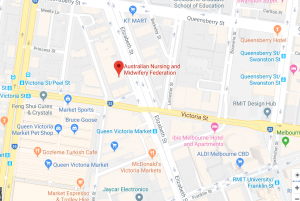 Nauru is in meltdown with an escalating medical and mental health crisis as a result of the damage done by offshore detention. Despite Border Force trying to fight doctors’ recommendations in court, almost 30 children have been brought off the island, some after spending weeks refusing to eat.Many of the 1000 asylum seekers and refugees who remain on Nauru are barred from US resettlement and are losing hope. Join us to hear first hand accounts of the crisis on Nauru and how we can fight to #BringThemHere 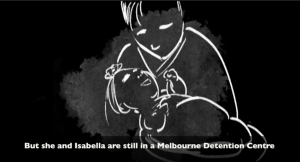