Around 36 refugees have flown from Nauru to the US today, Sunday, 8 July.  The refugees are Afghan, Pakistani, Rohingyan and one Tamil family.  (Photos attached.)

There are no refugees from Iran or Somali, or any countries among Trump’s list of travel-ban countries, which account for around a half of all refugees on Manus and Nauru.

The flight today leaves behind over 900 refugees and asylum seekers on Nauru, including around 130 children.

“Every time a plane flies to the US without Iranians and Somalis, it is a reminder that the Australian government has no plan to secure the future of the people on Nauru and Manus Island,” said Ian Rintoul from the Refugee Action Coalition.

“And every plane that leaves only adds to the despair of those left behind. Refugees are still shocked by the death of Fariborz, and the government’s refusal to allow his body to be sent to Australia.”

The mental health crisis that has engulfed Nauru can be seen in the number of families that the Federal Court has ordered to be brought to Australia – five families in the last week.

But more families have been separated.  Attacks by locals on refugee women have increased over the last few weeks, and a number of single women have had to be moved from the community back to the family camp, RPC 3, for their safety.

“This is the reality that explains why the Nauru government has banned the ABC from attending the Pacific Summit in September.  And it is why Malcolm Turnbull’s criticism of the ban has been so muted. Turnbull says ‘he respects Nauru sovereignty’.  But it is the Australian government that has suborned the sovereignty of Nauru.

“And the situation is no different on Manus Island, “ said Rintoul.   The 6.00pm-6.00am curfew being enforced by police and vigilantes on Manus Island is a graphic reminder that the refugees are not free and that Manus is still a prison island.”

“The US deal is not going to get refugees and children off Manus and Nauru. The need for action from the Australian government to evacuate Nauru and Manus Island is more urgent than ever.” 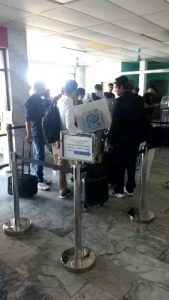 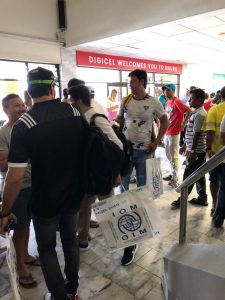