MEDIA RELEASE 11/03 | SEVEN REFUGEES LEAVE NAURU FOR THE US

SEVEN REFUGEES LEAVE NAURU FOR THE US

Just seven single men comprise the sixth group of refugees, who will leave Nauru today (Sunday, 11 March) to be resettled in the US.  (Photos attached).

The seven refugees include Afghans, Pakistani and two Rohingyans.

Altogether 146 refugees from Nauru have been resettled in the US, since the scheme began in September 2016 (full list below), leaving hundreds in limbo on Manus and Nauru.

Meanwhile the situation on Nauru deteriorates by the day. In the past week, another three people were transferred from Nauru to Australia because of debilitating mental health issues created by their detention on Nauru.

There is also growing disquiet at the horrendous conditions in the family camp (RPC3) – where asylum seekers and refugees are still ‘housed’ in mouldy tents. There are around 50 children still living in such tents that are a health hazard, when there are units lying empty on the island.

In PNG, last minutes legal action is underway to seek court orders to prevent the removal of Bangladeshi asylum seekers from Manus Island who have been singled out for forced deportation.

“While the US deal drags out over months, the government has admitted that up to 500 refugees and asylum seekers could be left on just on Manus Island, regardless of the deal,” said Ian Rintoul, spokesperson for the Refugee Action Coalition.

“After almost five years, the government has no arrangements to resettle all those who have been brutalised by offshore detention. The US deal is no solution and New Zealand is only offering places for 150 people.

“It’s time that all the asylum seekers and refugees were brought to Australia where they can get the care and protection they need.”

Rallies around Australia are planned for Palm Sunday, 25 March to call on the government to evacuate Manus and Nauru – and to bring all refugees and asylum seekers to Australia.

There has been support around Australia for Adam and Ned’s Big Walk for Refugees, that began in Sydney on 24 February,  and will end today (Sunday 11 March) with a regatta at Lake Burley Griffin at 1.15pm (AEST) . 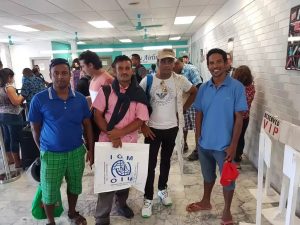 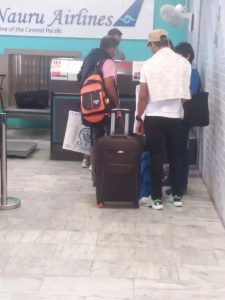 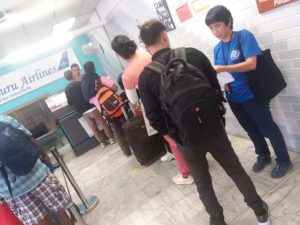 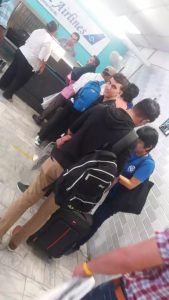