The UN Committee against Torture’s decision to lift an interim measure preventing the deportation of a former member of the Liberation Tigers of Tamil Eelam (Tamil Tigers) is a mistake, the Tamil Refugee Council said today.

In the letter, dated 19 February, the UN committee acceded to the Australian government’s request to lift the measure.

Santharuban, who fled Sri Lanka by boat in 2012 and is detained in the Broadmeadows detention centre (Melbourne Immigration Transit Accommodation), was issued a removal notice on 8 February. He is scheduled for deportation on Thursday 22 February. 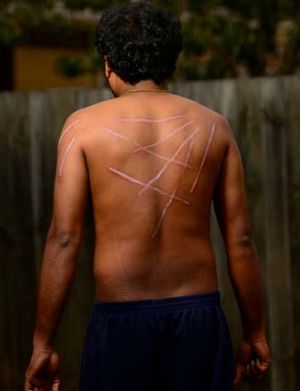 The Australian government claims that Santharuban’s membership of the LTTE, which the Sri Lankan government continues to proscribe as a terrorist organisation, is unsubstantiated.

However, a brief provided to the UN committee on 26 December contains evidence of Santharuban’s membership of the Tigers – including statements from two Tamil refugees in Australia, who were granted protection based on their LTTE membership.

The former LTTE members testified to knowing Santharuban while he was involved with the LTTE naval wing, the Sea Tigers. One member was a Sea Tiger; the other worked in the political wing of the organisation.

“The UN Refugee Agency’s Filippo Grandi last year charged the Australian government with lacking ‘common decency’ in its treatment of refugees. UN agencies have on multiple occasions slammed Australia for violations of human rights, the Refugee Convention and even the Convention Against Torture and Other Cruel, Inhuman or Degrading Treatment or Punishment.”

“It is unreasonable for the Committee against Torture to accept the testimony of the Australian government while ignoring eye witness testimony of refugees in this case. I can only hope the UN has made some administrative mistake in not considering the additional evidence submitted.”

“We have requested that the UN Committee against Torture act with the utmost urgency look into the matter and reinstate the interim measure.”

The Tamil Refugee Council is calling on the UN to:

The Tamil Refugee Council is calling on the Australian government to: