Hundreds of Manus refugees and asylum seekers are staging a protest in Mike compound where the fences have been pulled down. (Photos attached.)

Meanwhile, in Port Moresby, appeal documents have been lodged with the Supreme Court to appeal against the Chief Justice decision not to grant injunction to prevent further human rights breaches and the forced relocation of refugees and asylum seekers from the detention centre.

“The government can no longer rely on the decision of the Chief Justice to provide an excuse to deprive the refugees of the necessities of life or to force them out of the detention centre,” said Ian Rintoul, spokesperson for the Refugee Action Coalition. 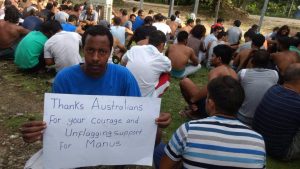 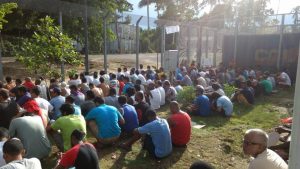