MEDIA RELEASE 31/10 | TIME IS RUNNING OUT ON MANUS

2017 Media Releases, Media release
by RAC October 31, 2017
Refugee Action Coalition
MEDIA RELEASE
TIME IS RUNNING OUT ON MANUS
The government needs to act urgently to prevent a looming disaster on Manus Island.
Security guards have deserted their posts at Manus detention centre, leaving the centre undefended. There is no drinking water. (Photos attached of empty drinking water crates and deserted guard posts were taken this morning, 31 October)
Meanwhile there is a constitutional enforcement hearing in the PNG Supreme Court this morning which will determine that the PNG and Australian government has breached the human rights of asylum seekers taken to Manus Island. The determination will open the way for compensation for the human rigjhts breaches and unlawful detention and seeking further orders to remedy to the on-going human rights breaches.
Documents have also been lodged for an urgent Supreme Court hearing seeking urgent injunctions to stop the closure of the centre and forcibly relocation the refugees and asylum seekers to unsecure areas around the Lorengau settlement on Manus. The action will also seek orders to re-instate all services, pending a hearing for orders for the PNG gpovernment to facilitate resettlement in a safe third country.
“We need urgent action from the Australian government today. There are real fears that the government will authorise force to be used against the asylum seekers and refugees in the centre, even as they deprive them of food and water,” said Ian Rintoul, spokesperson for the Refugee Action Coalition.
PROTEST 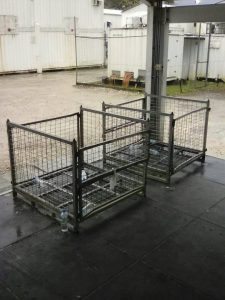 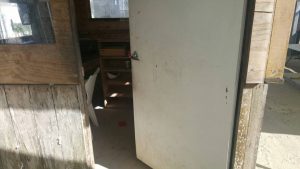 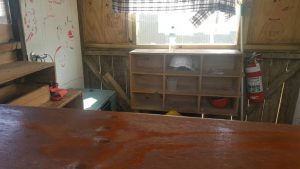 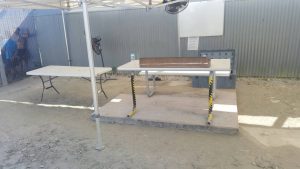 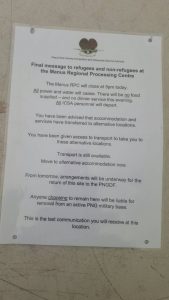