MEDIA RELEASE 30/10 |GOVERNMENT MUST ACT TO STOP THE MANUS CLOSURE; NO FORCED RELOCATIONS: BRING THEM HERE

GOVERNMENT MUST ACT TO STOP THE MANUS CLOSURE;

NO FORCED RELOCATIONS: BRING THEM HERE

Hundreds of Manusians have signed a petition opposing the forced relocation of the men in the Manus detention cenre and calling for the Australian government to take all the asylum seekers and refugees back to Australia. (A photo of the local meeting, 27 October,  in Lorengau’s ward 5 is attached) .

The petition will be presented tomorrow Tuesday, 31 October) , at the end of a march to Manus Provisional Government Office in Lorengau.

Meanwhile the Australian government has stepped up the pressure on the refugees in the detention centre, as they orderd that water be draioned from three water tanks at the Foxtrot compound. (Photo of cut pipes attached).

Food is now only being provided in food packs for today and tomorrow (30, 31 October), and a notice in the detention centre saus that all service personell will be withdrawn from the detention on the 31 October.
As tensions over the closure rises, some local Manusians have pledged to provide food and water to the detention centre after the closure date. At one meeting, locals declared that they would block the road to prevent buses taking asylum seekers to the new Hillside Haus location.
MENTAL HEALTH CRISIS
The rising fear inside the detention centre is taking its toll on the detainees. While some locals have ofered support other, have come tio the detention fences threatening the refugees inside. With some fences removed and other sections damaged i a recent storm, there are fear that locals could access the centre as they did in February 2014, when Reza Barati was killed.
The fear has also exacerbated the mental health crisis on the island, and the concern that there wil be no mental health care available on the island after the withdrawal of medical services from the detention centre.
Another detainee suffered a complete mental breakdown and was taken into secure care by IHMS on Sunday 28 October. But the government says IHMS is being withdrawn, along with all other services on 31 October.
There is no provision for ensuring on-going medications for the over 600 people, let alone care for acute cases.
LEGAL ACTION
Documents are being filed in the PNG Supreme Court today, Monday 30 October, in an attempt to get an injunction to stop the closure of the detention centre and any forced relocation, along with orders for the full restoration of accomodation, food, water, medical, sanitation and other services to the people being held by the Australian government, to ensure the basics of life as well as the protection of their human rights.
“It is clear from statements made by the PNG Immigration Minister that the humanitarian disater on Manus is being driven by the Australian government. It is Australia who has effective control of the detention centre.
“Detention on Manus has been a humanitarian disaster for the last four years. But there are surely few precedents for the government to have such deliberate, callous and calculated disregard for the safety of people supposedly in their care.
“The government must act immediately stop the closure centre and the forced relocation of asylum seekers and refugees on Manus. The government must act to bring them here.”
PROTEST
The Refugee Action Coalition is holding a protest, “Don’t Force Manus Refugees to Danger, Bring Them Here,”  at Sydney Commonwealth government offices, Tuesday, 31 October, 12.30pm, cnr Bent and Bligh Sts, Sydney.
For more information contact Ian Rintoul 0417 275 713 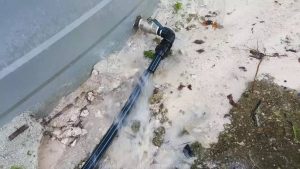 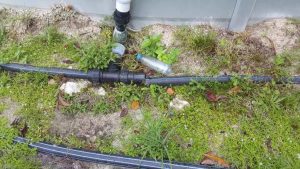 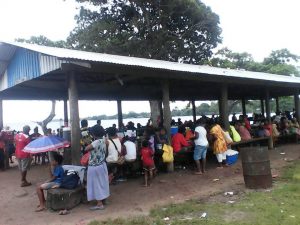