ONE MORE DEATH ON MANUS; MORE BLOOD ON TURNBULL’S HANDS

A 31 year-old Iranian asylum seeker, Hamid, was found hanging from a tree this morning (Monday) near the school close to the East Lorengau Transit Accommodation.

Hamid’s mental health problems were well-known for months. He had been held in prison at the Lorengau settlement, then was placed at the East Lorengau centre when he was released.

“Like all the others who have died on Manus, Hamid should never have been in detention or been on Manus. Detention had robbed him of his mental health and now it has taken his life. Whatever the immediate cause, it is Dutton and Turnbull who are responsible for his death,” said Rintoul

While suicide is supected, mystery surrounds his death. His body was found near the school well outside East Lorengau centre. Refugees on Manus are convinced that his death is suspicious as Hamid had often been beaten by locals.

The centre has been particularly controversial in the last few weeks as Border Force and PNG immigration have cut power and water from Foxtrot compounds in an effort to force refugees ro leave the detention centre and move to East Lorengau.

“Hamid’s death will confirm the worst fears of refugees on Manus. Manus is not safe. East Lorengau is not safe. They have already told Border Force that they will not move,” said Rintoul.

“Turnbull must act immediately to call off the siege of Foxtrot compound and end the moves to force refugee to move to East Lorengau. The asylum seekers should never have been sent to Manus or Nauru. It is long past time to bring them to Australia. There is no other option.

“There must be a full and open enquiry into Hamid’s death. No one has any confidence that an inquiry by local PNG police could possibly be independent.” 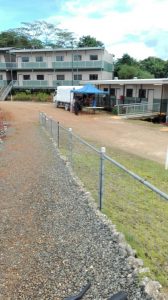 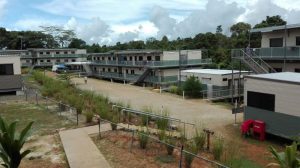