Sunday 6 August has seen the biggest protest so far inside the Manus Island detention centre to stop the closure of Foxtrot compound. (Photos attached)

Hundreds gathered at the Foxtrot compound calling for the power to be officially restored; “informal” wiring by refugee electricians has re-establishe power to the compound since power was officially cut off on 1 August.

Some of the banners opened mocked the Turnbull/Trump conversation transcript where Turnbull blatantly explains that Trump does not need to take any refugees from Manus and Nauru.

“Turnbull needs to call off the attempt to close Foxtrot,” said Ian Rintoul, spokesperson for the Refuge Action Coalition, “Or to force refugees to move from the centre to East Lorengau, which is even more dangerous.”

“It is clear that the detention centre cannot be closed by the October 31 deadline. East Lornegau cannot accommodate the number of refugees that are in the detention centre. Papau New Guinea is not willing and is unable to provide resettlement and Turnbull’s US deal is doubtful.

“It is time to bring all the asylum seekers and refugees to Australia.” 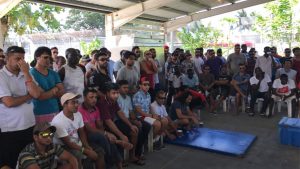 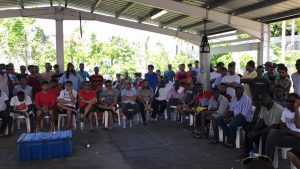 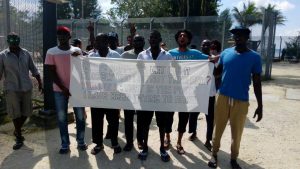 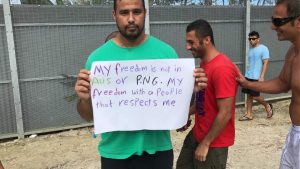