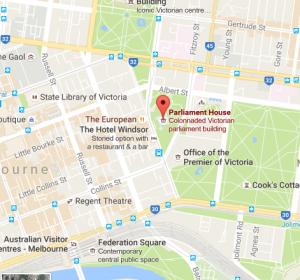 Facebook event here
We are rallying in response to the latest outrageous decision by the Turnbull government to cut income support for over 400 refugees who are in Australia for medical treatment from Manus and Nauru. These people have been given six months to prepare themselves to be returned to danger on Manus, Nauru or their country of origin. This is despite the RPC on Manus set to close at the end of October this year, and the majority of those in Australia officially found to have genuine fears for safety if returned to their home country.

Any government genuinely concerned about deaths at sea would not purposely endanger lives on land. Not only is Manus and Nauru not safe places to return refugees, but fifty people on Nauru and a number of people on Manus require medical care that is not available to them on Nauru or PNG. This includes three women with a very limited timeframe in which to have abortions. Medical professionals have spoken out for their very real fears for the physical and psychological health of these women. Australian Border Force have been vetoing medical recommendations for a number of years in a reckless disregard for lives that are owed a duty of care by the Australian government. They should not have the power to overrule medical recommendations for the sake of cheap political point scoring.

Allowing these people to stay in Australia in the same way that the 1414 people from the exact same boats who were never sent to Manus or Nauru and have been allowed to apply for asylum in Australia is the fair and decent thing to do.
The Refugee Action Collective is calling for:
· The end to off shore detention.

· To immediately bring all refugees and asylum seekers to Australia.

· The Australian government to reverse their decision regarding making over 400 refugees destitute and homeless through the cancelation of financial support and eviction from accommodation.

· The Victorian government to step into the breach and provide material aid in the form of accommodation, 6 month myki cards etc. in fulfillment of Daniel Andrew’s commitment to let these families and people stay in our communities

Come and join us in solidarity with the ongoing protests on Manus and the silent protests on Nauru.
It’s time we upheld human rights and we call upon both federal and state governments to do likewise. We have the capacity to welcome people. We do it by treating people with dignity, respect and kindness.
#BringThemhere
#LetThemStay
#DontDeportToDanger
#CantStandBy

Refugee advocates are deeply concerned at PNG police statements that they have ruled out “foul play” in regard to the death of Hamed.

“It is impossible for the PNG police to rule out foul play. The hastiness of the declartation only makes it look more suspicious,” said said Ian Rintoul, spokesperson for the Refugee Action Coalition.

“Anyone, who has seen the photos knows that Hamed’s death is suspicious. And anyone who is familiar with Hamed’s circumstances, would know that the Hamed had been arrested and beaten by the local police many times. The PNG police could not be relied on to carry out a thorough or impartial investigation. There are no facilities on Manus for an autopsy,” said Rintoul.

“There is an urgent need for an independent autopsy and investigation to establish the cause of death. It has been disgusting to watch the Turnbull government try to avoid its responsibility. The AFP officer was with Manus police at the scene where Hamed’s body was found near the school. The Australian government is directly implicated in Hamed’s death and this investigation.” 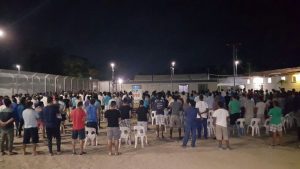 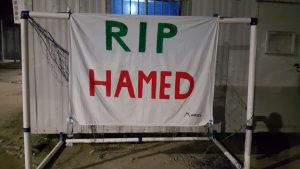 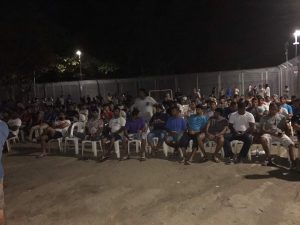 Stall, banners and leafleting from 5pm, speakers from 6pm

Hamed a A 31 year-old Iranian refugee, was found hanging from a tree this morning 7/18/17 near the school close to the East Lorengau Transit Accommodation.

His death brings the Manus detention death toll to five.

While suicide is suspected, mystery surrounds his death. His body was found near the school well outside East Lorengau centre. Refugees on Manus are convinced that his death is suspicious as Hamed had often been beaten by locals.

The circumstances of Hamed’s death might be unclear. But what is very clear, is that his death was preventable. Malcolm Turnbull and Peter Dutton had all the power to save this man’s life. And they didn’t. Whatever the immediate cause they are responsible for his death.

Hamed’s mental health problems were well-known. He received medical treatment in Melbourne in 2015. Advocates had raised the details of his case with Peter Dutton, IHMS and Comcare. He had been held in prison at the Lorengau settlement, then was placed at the East Lorengau centre when he was released.

There. were many points in time which could have made a difference. Ultimately Like all the others who have died on Manus, Hamid should never have been in detention or been on Manus. Detention had robbed him of his mental health and now it has taken his life.

Hamid’s death will confirm the worst fears of refugees on Manus. Manus is not safe. East Lorengau is not safe. They have already told Border Force that they will not move.

RAC is calling on Turnbull government to end the siege of Foxtrot compound, and to bring all of the refugees here.