Just days after agreeing to pay Manus asylum seekers and refugees $70 million in damages for unlawful imprisonment and for physical and psychological damage, the government has stepped its punitive program to forcible relocate the detainees.

On Friday 23 June, all gym equipment was removed from Mike and Oscar compounds (photos attached). A new notice has announced that Foxtrot Compound will be closed and that asylum seekers should move from Foxtrot to Mike compoun (photo attached).

At the same time PNG Immigration and Australian Border Force are trying to force refugees to move out of the detention centre to East Lorengau Transit Accommodation – a gated complex closer to the Lorengau settlement.

The number of points that people can use in the canteen had already been reduced from 50 to 39. But on Friday night, all canteen items were removed, except for phone cards, pens and cigarettes.

But refugees are fearful of being forced to East Lorengau. On Thursday, a Bangladeshi man had his arm so savagely hacked in a machete attack as he was robbed of his phone, money and belongings, he had to be evacuated for emergency treatment in Port Morseby. Refugees in East Lorengau are vulnerable to such attacks and the attacks on refugees are increasing.

“No one is going to voluntarily move to East Lornegau when they face such danger there. The government has no concern for the welfare of the detainees. The attempt to drive them out the detention centre is being driven by the fact that the contract for running the detention centre ends in October,” said Ian Rintoul, spokesperson for the Refugee Action Coalition.

“The punitive attempt to force them into East Lorengau is also an admission that there is no resettlement in PNG.

Border Force says that moving from the detention centre to East Lorengau won’t interfere with any settlement in the US, but as yet, there is no indication of how many will ever get to the US or how long people will have to wait. The first interviews in Nauru were held seven months ago, and still no-one has gone from Nauru to the US.

On Saturday 24 June, a generator was removed from Foxtrot compound in what could be the first step to cutting the electricity from the compound to increase the pressure on detainees to move out of Foxtrot.

“The government has a duty of care for the people they put on Manus Island. Increasing the punitive measures against them, can only make the already intolerable conditions, even worse,” said Rintoul. 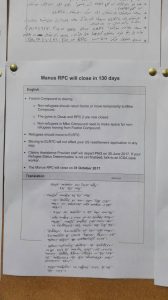 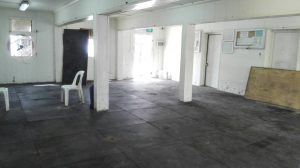 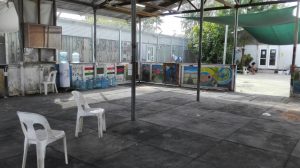