The first efforts to force the relocation of refugees and asylum seekers in the Manus Island have stalled.
Yesterday (Sunday 28 May), although the government has closed the internal gate of Foxtrot compound (photo attached), five Indian asylum seekers remained in N block (photos attached).
The gate separates N block from the rest of Foxtrot compound.
The government has announced its intention to cut off electricity to N block today (Monday, 29 May).
However, attempts are underway to find accommodation for them inside the detention centre. As they are asylum seekers, they are not allowed to move to East Lorengau, which only houses refugees who have signed to accept relocation there.
Refugees who had been living in N block are now lining in Oscar compound. Despite the government’s intimidation, none have moved to East Lorengau.
The closure of N block was to be the first stage of the supposed closure of the detention centre.
But the ill-thought out announcement has stalled at the first step , and faces an even bigger hurdle if there is any attempt to force the closure of Foxtrot compound by the end of June.
Foxtrot houses around 250 mostly asylum seekers. They cannot be moved to East Lorengau and there is simply not enough room in the rest of the detention centre to house another 250 in already crowded compounds.
The government is panicked as the Ferrovial contract to run the detention centre ends in October. Neither the Australian government noir the PNG government has any plan to provide secure resettlement of refugees from Manus Island.
While local Manus province officials have ruled out any settlement of asylum seekers or refuges in the province.
There will be a further directions hearing in Port Moresby on 5 June in the long-running Supreme Court case seeking compensation for human rights breaches and “consequential orders” regarding the closure of Manus detention centre and the future of those who have been illegally held there.
There will be no rescue by the US resettlement deal either. Only 70 refugees on Manus have had second interviews and the US officials are not expected back on Manus until August.
“Typically the government has resorted to threats and intimidation as a means to resolve the mess that it has created,” said Ian Rintoul, spokesperson for the Refugee Action Coalition.
“Pressure is also growing on the Australian government from the PNG government as the PNG government recognises that it has no ability to resettle the people who were dumped on Manus Island.
“There is only one secure way to ensure the safety and future of the people that were unlawfully sent to Manus and have endured almost four years of unlawful detention for no crime – that’s to bring them to Australia.”
For more information contact Ian Rintoul 0417 275 713 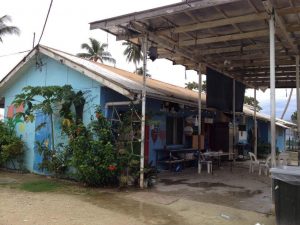 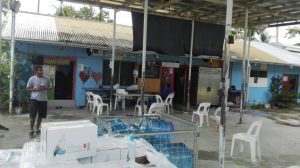 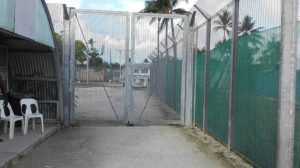 PLEASE NOTE: This event has been CANCELLED
GetUp! have called national rallies for July 19, the 4th anniversary of the re-opening of Offshore Processing (will be advertised shortly). As a result we have cancelled this event, and will support the GetUp! rally instead.

4 YEARS IS TOO LONG

Join the protest on the 4th anniversary of the re-opening of Offshore Processing. The 19th of July this year will be the 4th anniversary since Kevin Rudd announced the ‘PNG Solution’ saying that refugees who came by boat after this date would never be settled in Australia.

For four long years refugees have been trapped on the hell holes of Manus and Nauru. They have suffered violent attacks from those supposed to be protecting them. Rapes, assault and abouse have occurred on Nauru. Reza Barati was murdered on Manus, and Hamid Khazaei and Faysal Ahmed died as a result of neglect. Most recently 100 rounds were fired into the detention centre on Manus, by PNG Navy personell.

Immigration Minister Dutton has been caught out lying about the cause of the recent attacks on refugees and asylum seekers – he must be sacked. But most of all it is time to end four years of Australian cruelty and human rights abuses.

It has become more obvious that the US deal is a failure, and that neither PNG nor Nauru can offer safe and pemanent resettlement. Manus and Nauru must be closed and all refugees and asylum seekers brought to Australia.

Join the Refugee Action Collective on World Refugee Day in protesting against the cruel and racist refugee policies of the Turnbull government.

We will call on the government to:
– close the camps
– bring the asylum seekers on Manus & Nauru to Australia
– sack Peter Dutton, Immigration Minister, for his vicious lies surrounding the Good Friday shooting on Manus Island.

We will be speaking up for a society that respects the rights of all people, including people seeking asylum and standing against racist scapegoating.

Noone should be deported to dangerous or life threatening situations. Asylum seekers should have their claims processed on the mainland in the community and temporary protection visas must be replaced with permanent protection visas.