Immigration Minister Peter Dutton is under pressure over the continued indefinite detention of refugees and asylum seekers on Manus and Nauru. Broadspectrum and Wilson’s Security who run the camps for the Coalition government’s have been caught out running a “year-long campaign to make conditions harsher for Manus refugees” according to leaked documents reported in the Guardian.

To try and regain some political ground and undermine support for refugees Dutton has become a master of the big lie. He has deliberately and consistently repeated incorrect information despite not having a shred of evidence.

The Refugee Action Collective highlights the facts below.

Dutton has claimed that asylum seekers who have not yet put in claims are “fake refugees”. Again Dutton is smearing asylum seekers without evidence, and potentially prejudicing refugee determinations. The 7500 people Dutton is talking about were not allowed to put in claims under the governments “No Advantage policy” (initiated by the previous ALP government) until December 2016.

These asylum seekers have generally indicated their intent to put in applications to the Immigration Department. Delays are because the 77 page form must be filled out in English, and the government has cut all interpreter and legal services for asylum seekers. As Julian Burnisde writes “They [the forms] cannot be adequately completed without legal help, asylum seekers cannot generally afford to pay for legal help; the free legal refugee support services are being crushed by the burden of trying to provide the help that is needed”

There is also no appeals process. Get it wrong and the government will deport them

Asylum seekers are being set up to fail. Some may not meet the government’s deadline. Those that do, still face being re-traumatised by the threat of Dutton’s deportation deadline. Those that are successful only get a temporary Protection Visa that is valid for three year. After that they have to apply again.

The cause of Manus Shootings 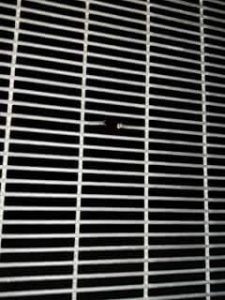 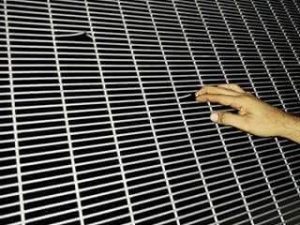 The lie: Dutton spoke of a ‘5 year old boy’ being led into the centre by asylum seekers a week before the shooting took place. He implied that refugees are child abusers and that violent attack on the detention centre was justified.

Dutton said “I think it’s fair to say that the mood had elevated quite quickly. I think some of the local residents were quite angry about this particular incident and another alleged sexual assault,” he said.

“Again, I don’t have the full details and those matters are under investigation.”

The facts: The province’s police commander, David Yapu has contradicted Dutton, as the ABC reported

“Mr Yapu said the boy was 10 years old, there were no concerns for his wellbeing, and his interaction with detainees was unrelated to the Good Friday shooting”

The boy was simply given fruit by asylum seekers in the presence of guards. There was no investigation into the incident when Dutton raised it. Dutton could release the CCTV footage on the Good Friday events – but he won’t because it would put the lie to his version of events.

The Guardian reports ‘PNG police confirmed in a statement that “a group of drunken soldiers” had “rampaged” through the detention centre, “firing several shots into the air and indiscriminately assaulting policemen, PNG immigration officers, other service providers and asylum-seekers”.’

Behrouz Boochani detained on Manus said of Dutton’s story “It’s a big lie, and he wants to hide the truth,” Boochani said. “He is lying and he wants to deny that he has responsibility for refugees and Australian citizens who are working here.”

The shooting took place after an incident involving refugees and Navy personnel at a soccer match. The real cause is the illegal detention centre plonked in the middle of a PNG Naval base by the Australian government. Since the centre was declared illegal refugees are partly free to come and go, which the Navy doesn’t want. The trashing of Wilson’s Security office some distance away at the time of the shooting; is an indication of the long-standing tensions between the Navy, Wilson security and PNG Immigration and police, created by the detention centre on the navy base.

Footage of the shootings can be seen here: