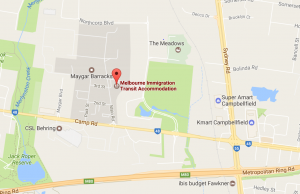 “Saeed” (not his real name) a middle aged stateless man faces deportation to Iraq on Wed March 22, even though he is not an Iraqi citizen. He fears for his life, and says he will likely be arrested on return. He has been on hunger strike for sixteen days, and was fed through a tube recently without his consent in a Melbourne hospital.

Saeed came to Australia with his brother on the same boat. His brother had an almost identical claim for refugee status. His brother’s refugee claim has been accepted, but Saeed’s was denied. They are from a religious minority and the local head of their ethnic group was murdered in a suicide attack two years ago. Saeed has been told by the Federal Court that the merit of his appeal cannot be heard, because he took too long to put it in. Saeed does not speak English and was never told that he had the right to appeal his original flawed refugee determination decision.

Saeed says “my family would be in great danger as well as myself if I am returned, please don’t deport me, I am a human being too”.

The Iraqi ambassador has said that Iraq will not accept forced returns, but Australia may concoct travel documents for Saeed that expire on arrival as has been the case for previous Iraq deportations.

Iraq is currently a war zone, travel advice from the Australian government regarding Iraq says “We strongly advise you not to travel to Iraq because of the extremely volatile and dangerous security situation”. Sectarian killings are on the rise in Iraq – on 16 Feb, 48 people were killed by a car bomb in Baghdad. A deported non-citizen faces grave dangers. Saeed’s life and the lives of his family are in Immigration Minister Dutton’s hands. RAC is calling on him not to deport Saeed to danger.

There will be a protest vigil against Saeed’s deportation from 6.30pm Tuesday March 21 at the Broadmeadows Detention Centre (MITA) 150 Camp Rd Broadmeadows, and a protest at the same location from 6am on Wed March 22. Vigil speakers include Tamil Refugee and FSU organiser Aran Mylvaganam and refugee advocates Pamela Curr and Heba Bendak