ORDERS TO CLOSE MANUS DETENTION LIKELY BEFORE THE AUSTRALIAN ELECTION

A directions hearing in the PNG Supreme Court, on Monday 6 June) has opened the way for explicit orders to close the Manus detention centre and release all the detainees to be handed down before the Australian election.

At the directions hearing in the Ben Lomai case representing over 700 of the Manus detainees, the Chief Justice, Sir Salamo Injia, ordered that the Namah case, which found that the Manus detention centre was unlawful, be combined with the Lomai case, which seeks orders for the enforcement of constitutional rights on behalf of the detainees themselves.

It is expected that all detainees, who are, or who have been, on Manus, will be represented by the 16 June hearing.

The decision opens the way for possible ‘consequential orders’ to the finding that Manus was unlawful, to be given as early as 16 June, at the next directions hearing.

The ‘consequential orders’ may include explicit orders for the closure of the detention centre and for the release of all detainees into the custody of the Australian government.

In any case, a full bench Supreme Court hearing has been set for 30 June, two days before the Australian federal election.

“The situation is not sustainable and the confusion has seen increasing tensions inside the detention centre,” said Ian Rintoul, spokesperson for the Refugee Action Coalition.

It has also created an Orwellian use of language.  Detainees are now called “residents”, while the “compounds” have become “areas”  – the former Oscar and Delta compounds are now called East Area.

As the numbers of people found to be refugees has risen, the division between compounds housing asylum seekers and refugees inside the detention centre has broken down.

Power cuts have made existing in the hot, humid conditions intolerable.

The conditions for food have also deteriorated. With hundreds of people now being fed in one compound,  (Oscar and Delta mess together in Oscar) people have been in queue for up to an hour. Bad smelling chicken is being served for two meals each day.

On Sunday, 5 June, only half of the people got any chicken at all – photo attached.

“For almost three years the asylum seekers and refugees have endured the most worst imaginable conditions that Australia, Broadspectrum and Wilson’s could throw at them – and for all that time Manus has been unlawful, as well as brutal,” said Rintoul.

“It is two months since the PNG Supreme Court ruled that the agreement between Australian and PNG is unlawful. The Australian government is simply delaying the inevitable and revealing the contempt it has for the rule of law.  Manus must be closed, and all the asylum seekers and refugees brought to the Australian mainland.” 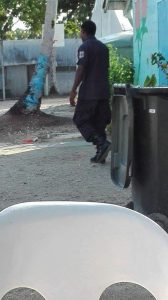 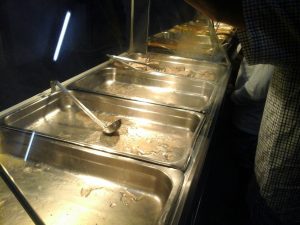