A CURRENT AFFAIR FAILS THE TEST – SELECTIVE, SUPERFICIAL AND SANITISED PROGRAM DID NOT SHOW THE TRUE STORY OF NAURU

“A Current Affair” has broadcast a very selective, superficial and sanitised view of Nauru, according to spokesperson for the Refugee Action Coalition, Ian Rintoul.

According to program host, Tracey Grimshaw, ACA has been preparing the program for five months but it is obvious they have not done their homework.

They interviewed a Tamil refugee woman who clearly raised the vulnerability of refugee women to sexual assault and rape – but did not pursue the ‘the real story of Nauru.” They could have interviewed assaulted women who are too afraid to come out to their rooms, but they didn’t.

They didn’t interview the victims of the robberies or bashings.

They showed TV and microwaves, but not the blackouts and water shortages.

ACA did not broadcast pictures of the hospital that would have out the lie to Australian government claims of the standard of health care on the island. Viewers were left with the impression that there were very nice schools on Nauru – they did not show the run-down schools were refugee children go.

They showed pictures of a burnt-out unit in Anuijo camp, which we were told was ‘suspicious’ when it is well known that this was the place where a desperate Iranian refugee attempted suicide.

Perhaps most disgracefully, ACA deceptively portrayed the daily protests on Nauru as being orchestrated to take place behind fences. If the ACA had done their homework, they would know that protests outside the fences are banned.

ACA could have asked why people are imprisoned without charge, but they didn’t.

“Tracey Grimshaw said we would see ‘exactly how the detainees live’, but we didn’t,” said Ian Rintoul, from the Refugee Action Coalition. “That story is being told in the on-going resistance of the asylum seekers and refugees on Nauru who have been protesting every day since 20 March.”

The Refugee Action Coalition has called a “Bring Them Here” protest Monday 27, 5.00-6.00pm at Sydney Town Hall square in solidarity with 100 days of protest on Nauru. 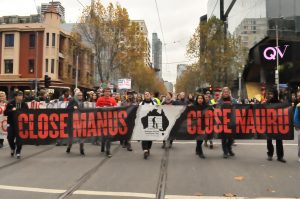 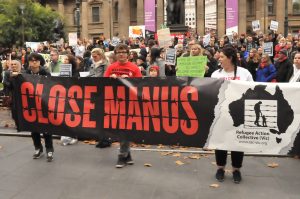 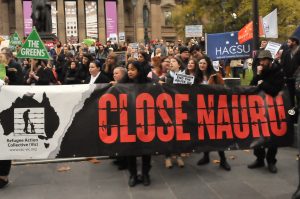 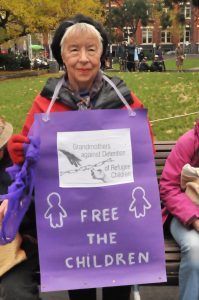 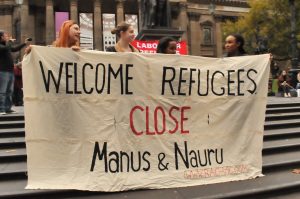 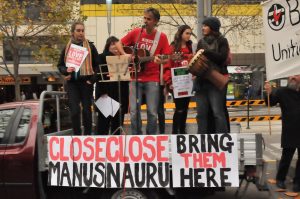 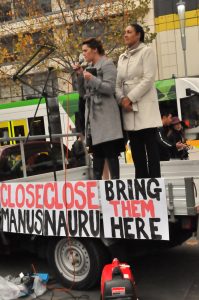 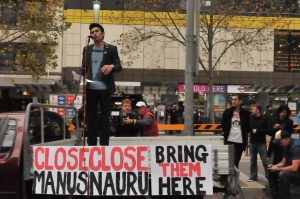 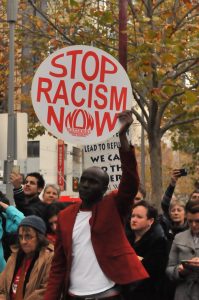 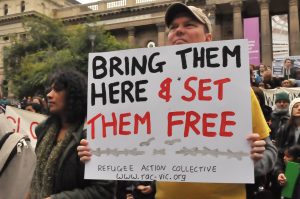 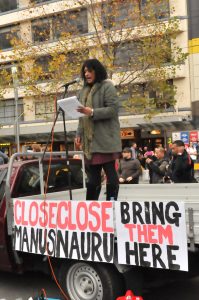 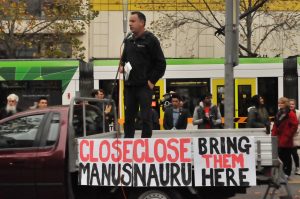 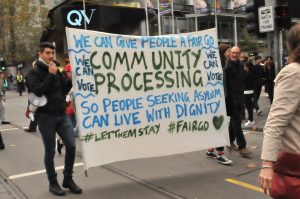 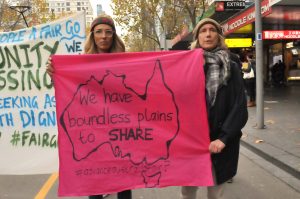 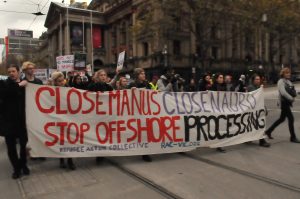 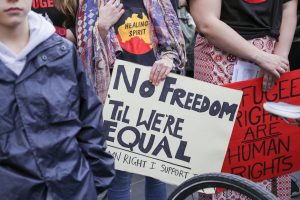 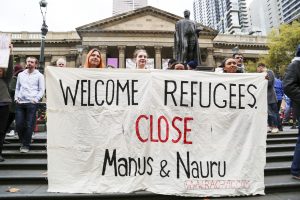 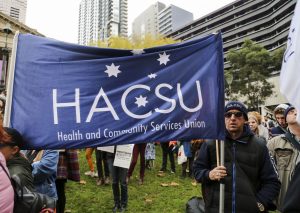 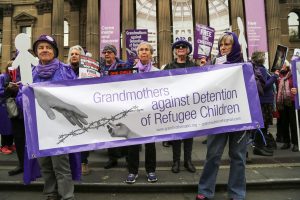 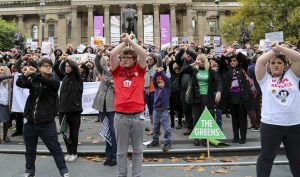 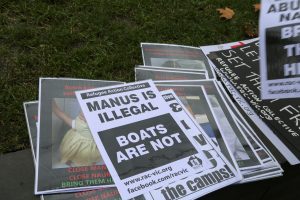 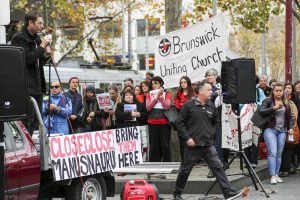 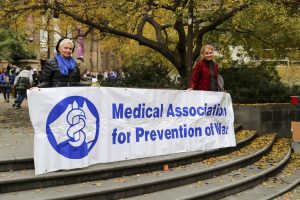 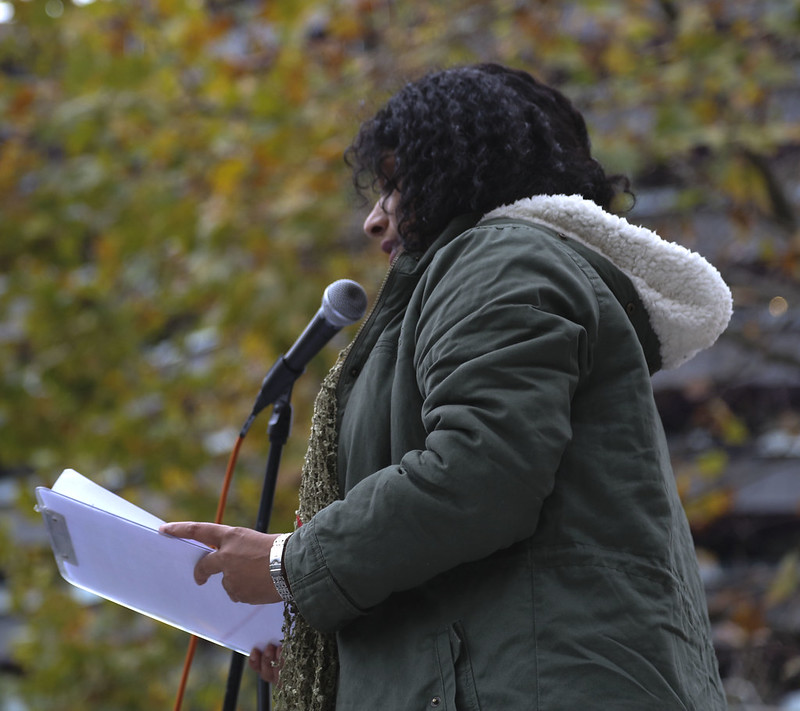 Where: The Stables, corner Wreckyn and Courtney Streets, North Melbourne

Refugee Radio is extremely proud to be hosting this exhibition of photographic art from ‘Jungleye’, a group of refugee photographers inside the Calais camp known as The Jungle. These incredible images from Jungleye will be exhibited alongside beautiful paintings and photographs from Adelaide-based refugee rights activist and artist Ali Reid, who volunteered in Calais towards the end of last year. Jungleye images can be seen via their Facebook page here: facebook.com/Jungleye-1685383875041393 Our first interview with Ali can be heard here:3cr.org.au/refugeeradioshow/episode-201602211000/refugee-radio-amanda-interviews-ali-reid-her-time-volunteering

We are fundraising to help cover the costs of this important exhibition, the only exhibition to show the work of refugees inside the Calais camp not only in Australia but anywhere outside Europe. It frames a very unique perspective, that of people who are experiencing forced dispersal themselves. These artworks are a direct counter-narrative to most of the images shown of Calais, which are almost always taken by an outsider looking in, and often by conservative commentators with an anti-refugee agenda.

Our opening night features an introduction to the exhibition and a Q&A session with both Baraa Halabieh, Jungleye photographer (via Skype), and Ali Reid, Calais volunteer and artist. There will also be a guided tour of selected artworks at 11am and 2pm Sat and Sun with artist Ali Reid.