THIRD DAY OF PROTEST ON NAURU

> MEDIA RELEASE
>
> THIRD DAY OF PROTEST ON NAURU
>
> Asylum seekers of the family compound, RPC 3, on Nauru have staged
> their third protest in three days. (Photos below)
>
> In October last year the Nauruan government announced that ‘all
> remaining asylum seekers” will be processed.
>
> According to February statistics issued by the Department of
> Immigration and Border Protection, there were 470 asylum seeker still
> waiting for their refugee determination.
>
> In October, the Turnbull Government was reported as ‘welcoming the
> news’. Five months later, 470 people are still waiting.
>
> But there is silence from the Turnbull government.
>
> For some of the asylum seekers protesting, “Good Friday” will mark
> 1000 days in detention on Nauru.
>
> For more information contact Ian Rintoul 0417 275 713 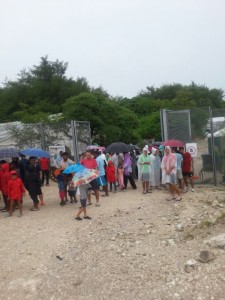 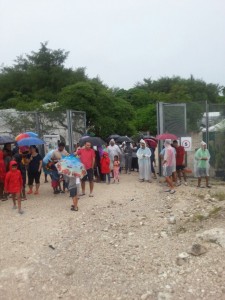 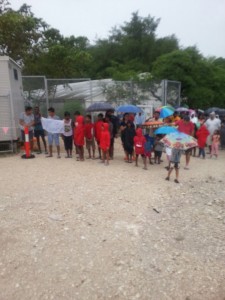