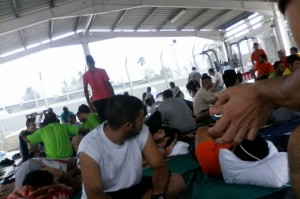 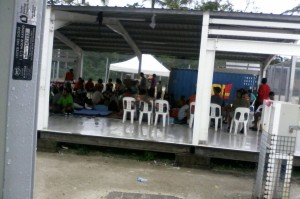 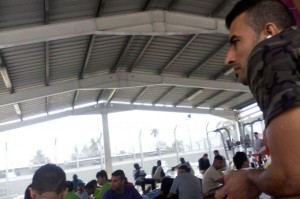 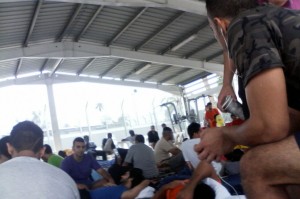 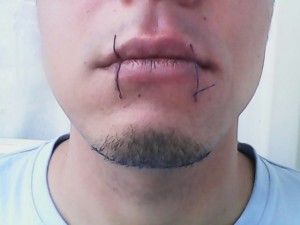 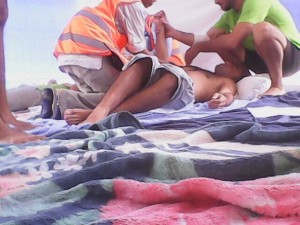 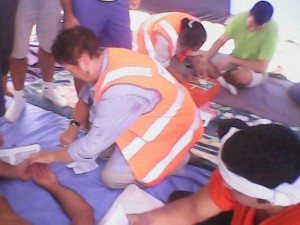 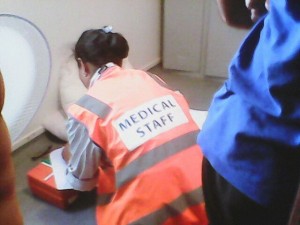 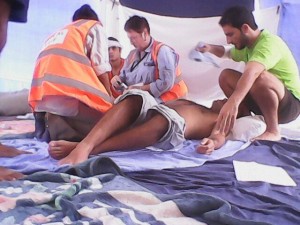 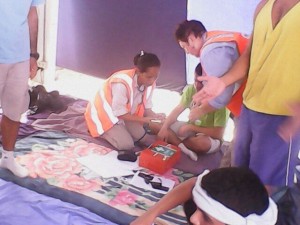 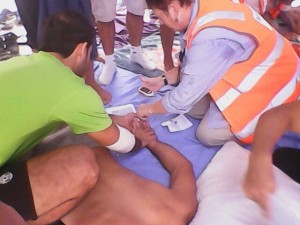 IMG_3580 IMG_3581
Attached are video and photos from Manus Island from today of the hunger strike that Peter Dutton claims doesn’t exist.
“New Immigration Minister Peter Dutton has hardly begun the job, but already appears to be following Scott Morrison down the rabbit hole to fantasy land” said Chris Breen for the Refugee Action Collective

Breen continued “Dutton claims the hunger strike doesn’t exist, but there are currently 255 people out of 320 who are on hunger strike in Mike compound alone, and 28 people in that compound have stiched their lips. Dutton’s fantasy extends to claiming bottled water is sufficient for asylum seekers, but toilets cant be flushed with bottled water, nor can showers be had. Manus Island is an unworkable nightmare for these men, the detention centre must be closed. Australia must stop using poorer neighbouring countries for cruel political purposes. Eight refugees are due to be transferred to Lorengau on the 22nd of January, but as the anniversary of the murder of Reza Barati approaches, an asylum seeker on Manus says the message from the hunger strikers is that  ‘we want our freedom and we are scared of going to Lorengau compound’ ”

“In further news regarding the Iranian hunger striker ‘Martin’ in Darwin, he has been released from hospital as his infection is regarded as under control. However he has lost 40% of his body weight and may still die within days.”

“These are life and death issues, the Refugee Action Collective calls on Peter Dutton to face reality, and to show compassion. Release Martin and those on Manus from detention.” concluded Breen